If there’s one thing the world doesn’t need, it’s yet another politics blog. Since I began writing about public affairs online in the 1990s, thousands of sites dealing with the subject matter have come and gone. The planet has continued its orbital path in the meantime.

Many such sites still exist today but much of the content that’s produced on them is basically interchangeable. There’s a huge amount of ideological posturing and not nearly enough informed reporting and analysis. 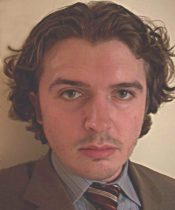 My aspiration for Praxis is to be something different. This will not be a site for those interested in ammunition for preconceived opinions. Instead, we aim to ask and answer questions that others ignore and to find trends that others wish did not exist.

You might wonder about our publication name Praxis as it’s not a commonly used word in English. It comes from the Greek word for “to do” and in that language it’s often used in opposition to theorizing. In English, praxis has many other connotations: religious, philosophical, political, and even educational. Generally, it’s referred to as the way in which ideas are realized and modified by experience.

At Praxis, we intend to examine policy and politics as well as what undergirds them, metapolitics. Why do certain things exist in the political realm? Why are certain policies dominant even if they are proven to be ineffective? Do the market forces at work in political systems function similarly to those in economic systems or are electoral victories and policy enactments not really the commodities being sold by political actors?

The rise of Donald Trump and the near rise of Bernie Sanders show that much of the American public is outraged at our current politics. While the populist rebels’ solutions may always not be good ones, they are at least different from the system that presently prevails in which both Left and Right are stuck in policy prisons built for them by their own interest groups.

Conservatives have become slaves to meretricious elites who claim expertise but in reality have little actual knowledge about governance or even how to get elected. Even worse, many of these individuals actually have no interest in governance since stoking the flames is much easier and more profitable than actually serving the public.

For their part, liberals have become the vassals of identity politics panjandrums who care more about their own respective groups than the nation’s. Promoting the general welfare has given way to infinitely concentric circles of particularism. Beyond the atomizing effects they produce, these fractious potentates’ ideas actually undermine the welfare of the very people they claim to serve.

The end result is that both sides not only refuse to listen to the other, they also don’t listen to themselves by ignoring and suppressing internal skeptics whose inconvenient opinions actually hold the beginnings of the answers society needs.

Political wisdom comes not from theories but from walking the roads and mimicking what one hears. Many Americans rightfully fear for the future; they do so because their leaders have not understood the present. Much of this has to do with political ideology, a useful intellectual tool which too many people also use as a bludgeon against others—and even themselves.

The current state of affairs is a dramatic contrast to the exuberance that prevailed during the late 90s when proclamations that humans had reached the “end of history” were as commonplace as they were naive.

My hope is that Praxis will help in even a small way to break the corrupt and lazy consensus that dominates American politics today.

We’re also interested in your thoughts so please share your knowledge and expertise in our article comments. If you have the time and inclination, we also are open to submissions from anyone provided they are fact-filled and avoid partisan shibboleths.

There is much to discuss. I hope you’ll join us.